Do Pro Gamers Use Supplements?

If the pros are doing it so should you. Right?

Unlike traditional sports, we, competitive gamers have very good access and insight into what the pros in our community are doing to increase their competitiveness.

Because their income is tied to their in-game performance, it makes sense to turn to them when looking for answers on how to improve our own skills.

After winning a title in an (ESL) Esports League CSGO event, team Cloud 9 revealed in a post-match interview that their entire team had taken Adderall during the tournament.

Immediately after that interview, the ESL stated that they would now randomly drug test competitors during their events, following the same doping guidelines as the World Anti-Doping Agency (WADA) the same agency used by the Olympic Committee.

So, what did we learn from the Adderall Incident?

It may seem obvious to you, but it’s a point that a TON of gamers miss.

The point is, that you CAN take substances that will improve your cognition and therefore, improve your gaming performance.

Team Cloud 9 took a substance, then won the tournament.

Two things about this:

I’ve only mentioned this story because it illustrates the point that professional gamers have used substances in the past to improve their performance.

In a time when you can take home $34,330,069 by winning a single tournament, you can be very certain that professional gamers are focused on optimizing their performance in every way possible.

Every professional team worth their salt has a sports psychologist and a nutritionist on the payroll. Can you guess what the nutritionist is recommending the pro gamers take? Yes, supplements for cognition and health.

Nootropics are a category of supplements and drugs that are believed to improve cognition.

For the professional gamer, improved cognition = improved performance, simply because esports is 90% mental and 10% physical.

My goal with supplementation was to create a nootropic stack that would put me in the zone every single time I sat down to game competitively.

Through working with a neuroscience Ph.D. and a nutritionist I’ve identified, tested, and combined the most impactful dietary nootropic supplements for gaming performance.

We call our nootropic supplement VALIS®.

If you are at all interested to find out if nootropics or supplements will improve your game, I highly suggest you start here.

There are a few great things about VALIS®

If you like the idea of taking a pill that will not only improve your brain health but also your competitive gaming performance: Try VALIS risk-free for 60 days. 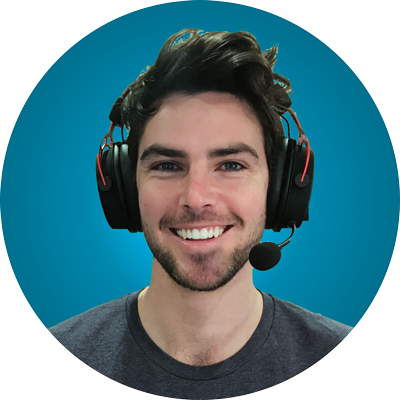 I founded Esport Labs and created the Optimized Gamer Blog to inspire and enable competitive gamers like you to dominate in-game and in life. Welcome to the #OptimizedGamer movement where we focus on the human side of gaming.